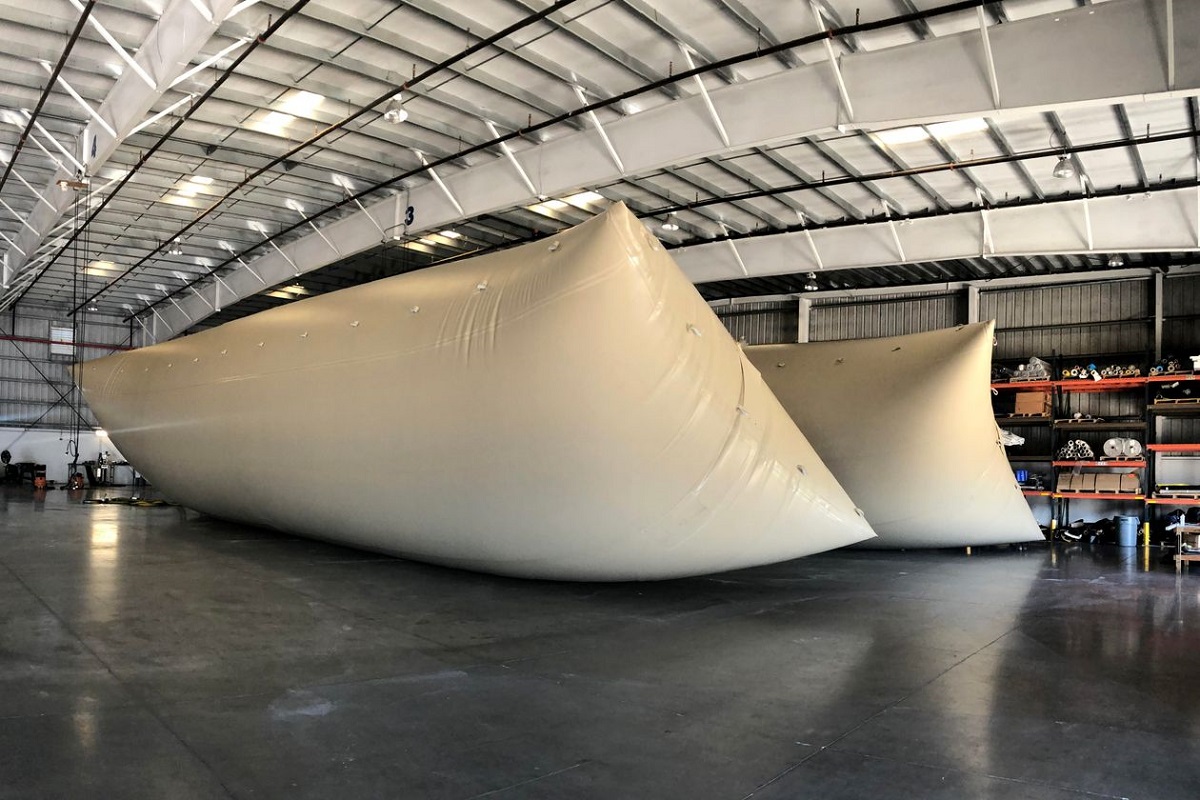 Rhett Kenagy and a high-school pal recently came up with a plan to rent hundreds of school-bus-size metal tanks and fill them with some 270,000 barrels of oil. The two are among the entrepreneurially minded individuals who hope to turn a buck from the crash in oil prices. With demand way down and companies running out of places to put crude, these people are floating schemes to sock it away until prices rebound wherever they can: in caves, abandoned rock mines and even giant pools.

Mr. Kenagy’s plan involved trucking in his haul from shale fields and parking the tanks on land outside of Houston and in West Texas. He says he has been able to score oil for $1.18 a barrel recently, cheaper than a gallon of gasoline in most of the U.S. In January, U.S. benchmark oil fetched more than $60 a barrel.

“There’s nowhere else to put the stuff,” says Mr. Kenagy, the 44-year-old managing director of fuel blending and storage companies. “You show up with a bucket to put it in, they’ll sell it to you.”

U.S. benchmark oil prices fell to negative $37.63 a barrel April 20, meaning that people were actually paying others substantial amounts to take oil off their hands. Prices have since rebounded to about $25. But if you hold on to your oil until later in the year, you can get more than $30 a barrel for it—the going price in futures markets. Demand for oil storage is so fierce that water companies are expanding into crude storage, using large cylinders that resemble big aboveground swimming pools.

Cooley Group Holdings Inc., a textile-manufacturing company in Rhode Island, is churning out tens of thousands of pounds of polymer-coated fabric to line cylinders that another company, Well Water Solutions and Rentals Inc., has begun installing in West Texas. Each cylinder is about 190 feet in diameter and can hold roughly 50,000 barrels.

“You’re filling a swimming pool with crude oil and you’re going to put a cover on top,” says Dan Dwight, Cooley Group’s chief executive. “I’m not sure I want to take a dip in it.”

Billionaire pipeline magnate Kelcy Warren’s company, Energy Transfer LP, has looked to fill some of its Texas pipelines with crude this month and leave it there until prices go back up.

Then there are fuel bladders, which resemble a blowup mattress a giant might sleep on. Scott Sagalow started getting calls in early April from those seeking to stash oil in bladders made by his Florida-based company, Ready Containment LLC. The largest costs about $65,000 and can hold roughly 5,000 barrels.

The calls have come from both investors and oil producers, he says. With the International Energy Agency estimating that global crude demand is down by about a quarter due to people staying at home, oil companies face a trade-off: secure storage, any storage, or shut off wells, a costly proposition. “They’re all scrambling, deciding, hey, what’s the lesser of two evils?” Mr. Sagalow says.

Josh Young, chief investment officer of Bison Interests LLC, a Houston firm that invests in oil-and-gas companies, tried to get into the game but realized the complications. He decided instead to buy stock in tanker companies whose vessels have transformed into floating storage.

“Think about if you catch one fish and you try to sell it to the grocery store versus if you’re a licensed fisherman,” he says. “Your pricing ability changes a lot.”

Logistical issues and regulatory snags have foiled other plans. Customers were interested in parking railcars full of crude at Ironhorse Permian Basin LLC’s New Mexico rail terminal. Then they struggled to get the cars there, Ironhorse Chief Financial Officer Kevin Ramage says.

American Gilsonite Co. looked into converting abandoned Utah rock mines into holding sites for millions of barrels of crude, but scrapped the plans after regulators balked.

“The initial feedback we got was, ‘Guys, hey, from a geological perspective, this is not a good application,’ ” says Craig Mueller, the company’s chief executive.

The crush of interest has been good for Ernie Barsamian, who runs a website called The Tank Tiger that’s the Craigslist of oil storage. But some new people wanting to get in on the action mistakenly believe oil barrels are still held in actual barrels. One man asked if he could rent out his solarium to warehouse them.

“I explained that’s not exactly what we do,” Mr. Barsamian says.

Crude used to be transported in whiskey barrels in the 1860s, soon after oil was discovered in the U.S., says Paul Horsnell, who leads commodities research for the bank Standard Chartered PLC. But the barrels leaked and jammed creeks as they traveled downstream to be loaded onto trains, and people quickly abandoned the practice, he says. Oil today is typically stored in metal tanks the size of a multistory building, or thousands of feet underground in salt caverns.

Earlier this year, Converge Midstream LLC’s caverns in Houston-area salt formations were less than 20% full of crude. Everything changed in early March, when Saudi Arabia stoked an oil-price war with Russia, says Converge CEO Dana Grams. As of early May, Converge’s storage capacity of more than six million barrels was nearly full.

Mr. Grams compares the pre-oil glut version of his firm to the dorky kid in high school everyone ignored until he suddenly started looking kind of hot.

“They go away for a summer and come back reborn and everybody wants to be their friend,” he says.

The storage schemes have brought back memories for Tom Loughrey, the president of an oil-and-gas consulting firm. His dad decided to stock up on heating oil around 1986, after crude prices fell by more than half. His dad buried tanks holding several years’ worth in the front yard of the family’s Middletown, N.J., home.

Each fall, Mr. Loughrey’s dad would decide whether the family was going to buy more heating oil or use their “home reserve.”

“We had these hand pumps and we would rig up hoses between the tanks and we would shift it around every year,” Mr. Loughrey says. “I thought it was extremely strange at that point. Who wants to help your dad do this crazy stuff?”

Now 43, Mr. Loughrey says it may be time to get creative himself: “I, too, would like to put some oil somewhere for 10 years or so.