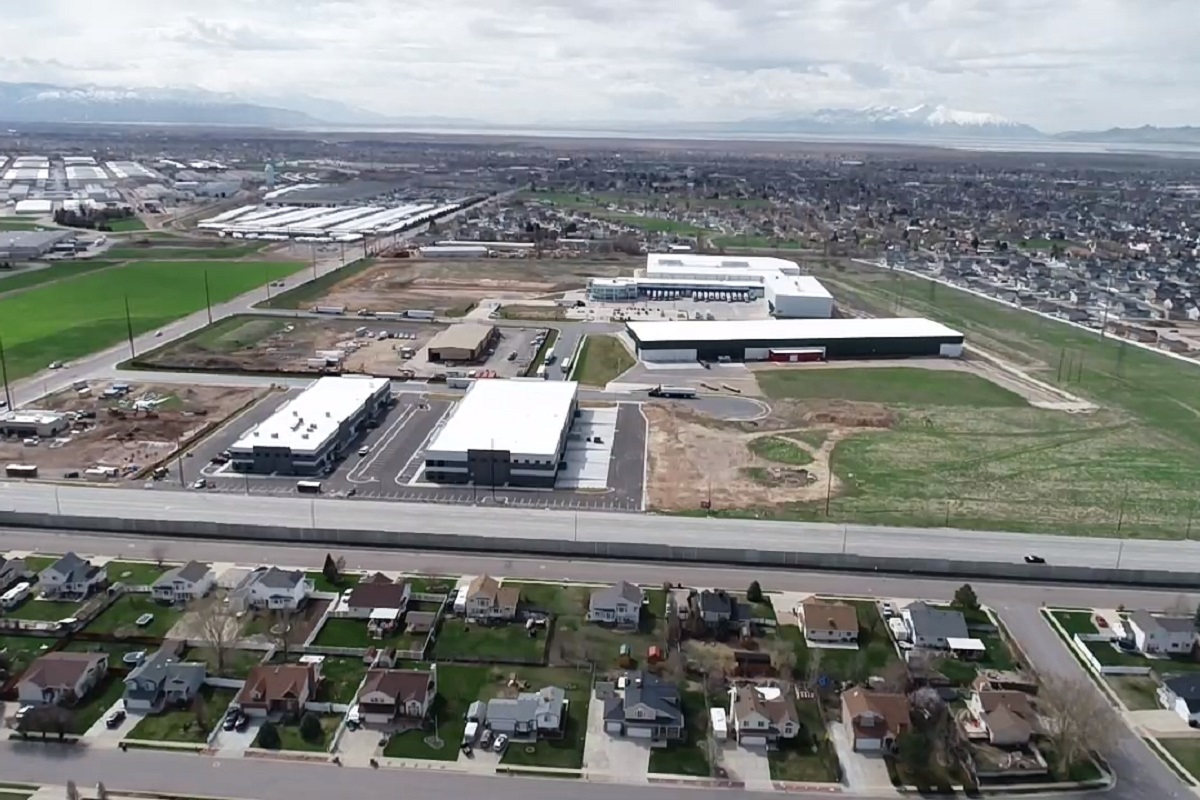 Utah is cashing in on a golden treasure made of steel. Never has there been a more concrete example of this axiom than Pacific Steel & Recycling, a 131-year-old company, that is spreading its profitable operations around the Western US and Canada.

Pacific Steel announced recently that it will bring Red Bud coil leveler with “stretcher” technology to Syracuse, Utah, about 25 miles (40 km.) north of Salt Lake City. The company purchased 12 acres (five hectares) at the Ninigret North Business Park, where it will build a 100,000-sq.-ft. (9,290-sq.-m.) coil line processing facility to process raw steel upon completion by the fall of this year.

“It was rail access and access to our 46 facilities located throughout the West that sealed the deal on this site search,” says Ed Joyce, vice president of steel operations for Pacific Steel, which has facilities in Montana, Washington, Idaho, Nevada, Wyoming, North Dakota, South Dakota, Colorado, Utah and Alberta, Canada.

“Interstate access was important too,” he adds. “We did research on sites in seven Western states before selecting this site in Davis County in Northern Utah. We also looked at other sites in Utah. It came down to price point, ease of rail access, access to highways, the type of property, and the fact that it was a square-shaped parcel.”

State and local government agencies helped push the project forward, he notes. “Another main reason we chose Utah was because of the business-friendly environment the state offers,” says Joyce. “We will start with about 10 employees and then eventually grow to about 30.”

Located in the Ogden metro area, the plant site is located along a Union Pacific Railroad line and is close to the Interstate 15 corridor. The rail connection to the business park was built in 2013 when United States Cold Storage purchased 35 acres to build a 230,000-sq.-ft. (21,367-sq.-m.) distribution and cold-storage facility.

“United States Cold Storage, in conjunction with Ninigret, extended the rail service into the park as an additional hedge against rising gas prices that might affect its shipping operations in the future,” says Gary McEntee, principal of The Ninigret Group, developer of the business park. “Rail service is a major attribute for companies seeking space in the Salt Lake City region.”

The Ninigret Group’s agreement with Pacific Steel includes the extension of U.S. Cold Storage’s rail line to the northern part of the business park, where Pacific Steel will build its processing facility. Raw steel will be transported to the facility by train, while the processed product will be trucked out of the park.

McEntee says that demand for industrial property has pushed land prices in Salt Lake City to $5 to $7 per square foot. “We are in the $3.50 to $5 range here in Syracuse, which makes us a much less expensive option,” he says. “The price difference is an economic driver.”

Highway 193 provides direct access to the park, he adds. “It is a limited-access state highway. It has three lanes each way and is the major arterial road that goes east and west. When they built that road, that’s when we became interested in building the business park in Syracuse,” McEntee says.

Railroads, Steel Plants Get Along

Rail is a driver, he adds. “We did a half-million dollars in rail improvements in the park,” says McEntee. “We provided the rail access to Pacific Steel. Steel plants use rail heavily. They bring the railcars in and move the materials right into their operation and then it goes out on truck. They expect 750 deliveries a year. Union Pacific constructed an intermodal facility only 25 minutes away in Salt Lake City. The impact of that intermodal facility on distribution warehousing is huge.”

Joyce adds that “we are using rail to access steel mills in North America.”

Incentives were not a factor in the Syracuse deal, he notes. “We did not qualify for incentives in Utah.”

For Utah, a state that has been widely recognized for its pro-business climate, landing Pacific Steel represents another huge win. Several factors make Utah “the most business-friendly state in the nation,” notes Jeff Edwards, president and CEO of the Economic Development Corp. of Utah. “Our low 5-percent flat tax rate, low cost of utilities and positive regulatory environment” are among the most influential factors in choosing a site. Utah ranks among the top 10 in terms of best tax rates.”